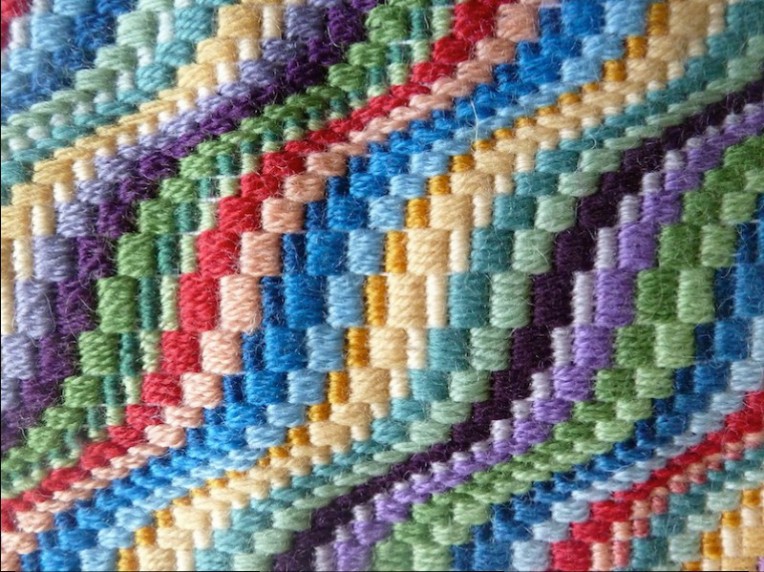 Remember this? Last October, I stitched this bargello – a modern, multicolored, aspiring-to-be-Jonathan Adler bargello. After I posted it, I tucked it away for later, not quite sure what to so with it. Somewhere in the back of my mind, I had a vague vision of a clutch purse type of bag, but it turns out, I don’t need a fancy needlepoint clutch. (Already have one and I’m not fancy enough to use it very often.)

Only when I revisited my photos from a summer trip to colonial Williamsburg did I know why I had this idea was lodged in my brain. Look at this hand-stitched 18th century pocketbook (photo above), used by the ladies of colonial Williamsburg to store scissors, needles and other sewing notions.

That was when I knew I had to make my own 21st century version. As someone who typically throws an extra needle and a pair of scissors in the bottom of a canvas tote bag, drops her needlework on top, and then periodically struggles to untangle metal bits from thread, I found the idea of having an organized case for the small notions deeply appealing. 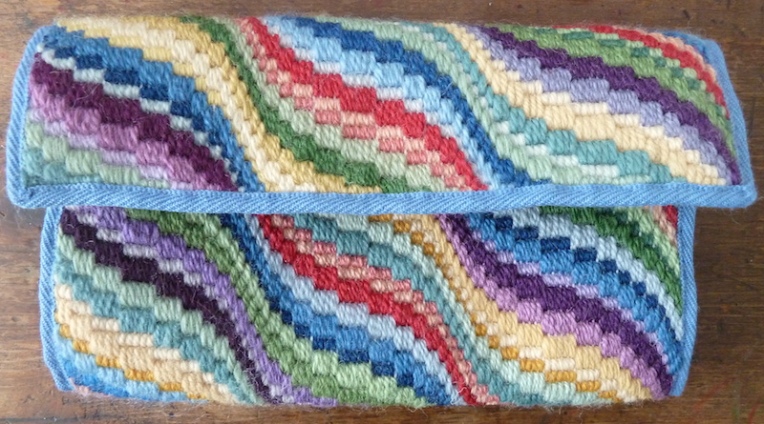 I particularly liked the idea of stitching it entirely by hand and using all natural materials, as in the 18th century, so I used wool twill tape to bind the edges, and 100% wool felt to line it. The only place I cheated was in using a lighter, thinner rayon to form the gussets that allow the pocketbook to open a bit wider. (I was hoping they would fold in more easily for closing.)

When it came time to engineer a method to keep it closed, I hemmed and hawed again. In other projects, I have used magnetic snaps or velcro. I like the convenience of both of these closures but each has their drawbacks, too. (Velcro obscures a large area of the needlework and can also snag threads if not carefully placed; Snaps sometimes open too easily.)

So, again, I consulted the work of the Williamsburg ladies and decided to try twill tape ties for closure. They are certainly not as convenient, but they leave no mark on the needlework and can always be removed and replaced with some small miracle of the 20th century like velcro.

There it is, tied up and ready to go. Now, I am excited to put this pocketbook to use and move on the new projects. The first of which might just have to be a needlecase, so I can get rid of the plastic bag I’m currently using to store my needles. 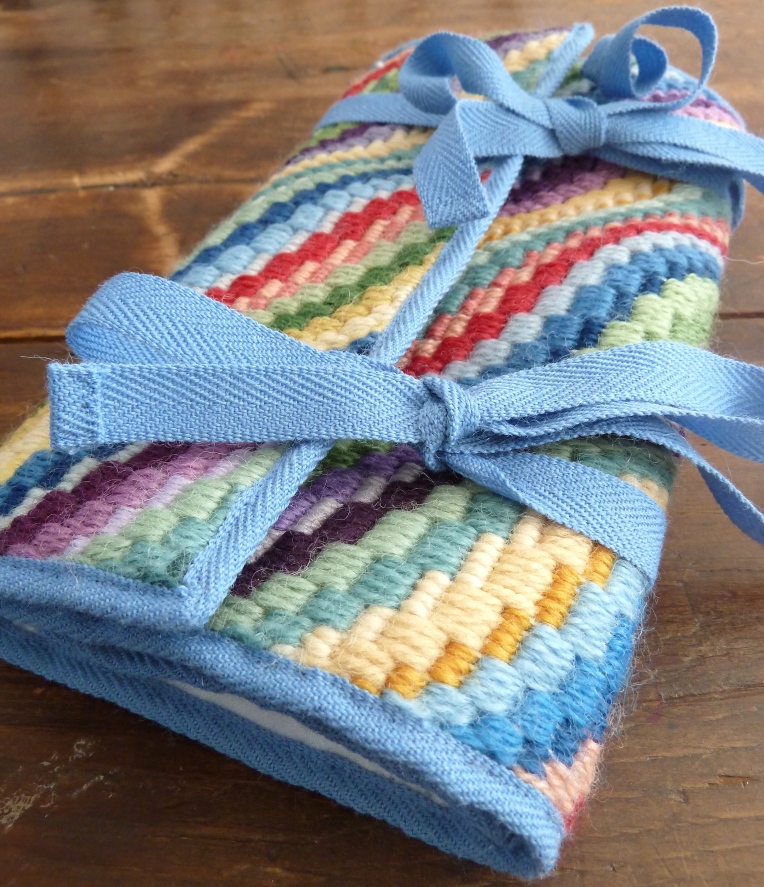